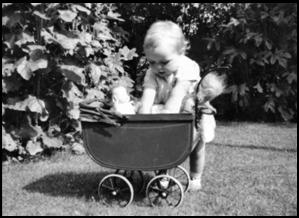 Anne started school at the age of 5 years and attended the in Norton on until she was 11 years old.

Her secondary school was the for Girls in on from which she won a in 1954 to read for an Honours Degree in English at St Mary’s College, .

At that time, St Mary’s was an all female College. In fact, there were no mixed Colleges at all in .

During the first few weeks at , she met Graham Greatrix who was a first year student reading Physics and Mathematics at St ’s College - a theological college specialising in the training of ordinands for the Church of England. As an experiment, the College had accepted four non-ordinands and Graham Greatrix was one of those four.

From that time onwards, the two were virtually inseparable. Other people, including some University staff, referred to them, even individually, as “you two”.

Visiting hours were quite rigid at both Colleges. Having a member of the opposite sex in College outside visiting hours was almost a capital offence potentially removing you from the University. Alsatian dogs patrolled St Mary’s College at night. Nevertheless . . . .

The pair graduated in 1957 and both went on for a further year to read for a post graduate diploma in education. 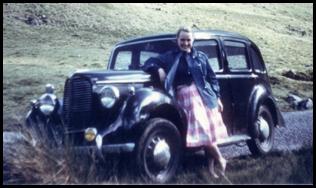 In 1958, they got married and took up teaching posts in the Grammar Schools at West Hartlepool. They lived in a rented attic flat above a general grocer’s shop at .

In 1960, they bought a house in Gillpark Grove, Seaton Carew.

In 1965, Graham gained a lectureship at the in . This College later became the .

Anne continued teaching at the High School in until 1968 when her son Christopher was born.

Anne decided that her primary role was to spend all of her time bringing up her family.

Christopher went to the and gained a B.Eng honours degree in mechanical engineering and design. 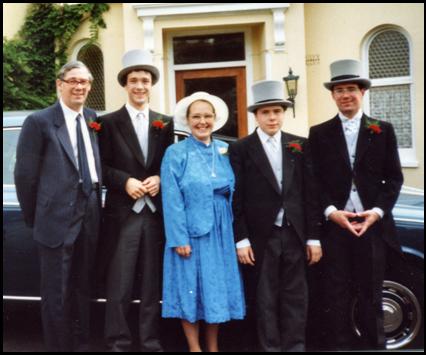 Adam went to the and gained an honours degree in Computing. He went on to take a teaching fellowship at the University.

When Simon went to , he became involved with the Durham Treasure Trap Society which caters for students and some ex-students keen on role play. Anne started making costumes for the Society and quickly became an active member herself. Her membership covered some 16 years. During that time she designed and made hundreds of role play costumes and banners, many of them intricately embroidered with gold and silver thread and embellished with jewelry. 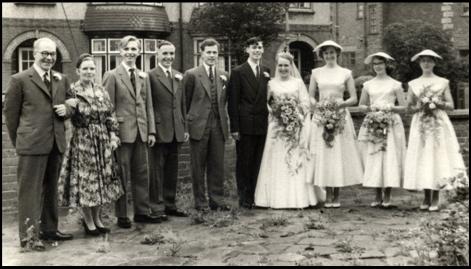 An email from a former pupil at the Hartlepool High School for Girls:

You don’t know me, I was one of Anne’s pupils, and wrote to her for some time after I left school.

Delight, of course, turned to great sadness when I linked to the website…

What a lovely tribute, and I don’t want to sadden you again, but I had wanted to rekindle the contact with her, as she was such an influence in my young life [Anne was about 10 years older than I was], and I had wondered how she fared.

I did tell her in my letters from my WRAC days, how much I admired her, and what a great teacher and person she was, but I thought you might like to know too, and that I never forgot her over the years, which is why I searched on the net for her, having lost her address years ago.

Dare I say she was also the perfect teacher?  Her English Lit. and Language lessons never left me, indeed they were two of the four subjects I got O levels in… even though I then left an unhappy home to take The Queen’s shilling! Her sewing lessons were joy, and a haven to the likes of me, who had difficulty keeping up with the big brains. I was good at it, and because of her teaching made a lot of my own clothes, even before I left school. I’m still one of the best seamstresses I know, even though I’m not physically capable these days. All thanks to “Mrs. Greatrix”. You must just have married, because ours was the first class to get to grips [as she was!] with her new name, in my 2nd year there. She was also our form teacher that year.

I know I won’t have been the only one, and many girls will have felt the same, but she was certainly the only teacher who made such an impression on my life, even though I remember many of the others. I must have had quite an affection for her, to then, as I said, write to her after school, adult to adult, while she was pregnant with your first.

Anyway, enough already, as the yanks say. Hope you don’t think me arrogant to write to you. Didn’t want to just look and pass by, and hope you feel even more proud after reading my small contribution, about your lovely Anne.

TO THE NELSON TERRACE BUILDINGS

Shall I compare thee to this other place?

Thy radiators now are left to cool

And all thy corridors are desolate.

Now in the chronicle of wasted time

We see descriptions of thy flights of stairs,

With sequent toil, the zenith of our cares.

Poor school, the centre of a dusty town,

Thy bell has tolled and we remember not;

Time’s hand has reaped thy beauty and renown;

But in my verse thou shalt not be forgot.

If this be error, and upon me proved,

I never writ, nor no school ever moved.